Eggs and ham for breakfast, chop and cheese for dinner? Such a menu was forbidden for many years to anyone who wanted to lose weight. Until doctors developed the ketogenic diet. Its basic principle – increasing fats in the diet and sharply reducing carbohydrates to 35-50 grams per day (read more about the diet here) – was appreciated by everyone who does not like the feeling of hunger and a single salad leaf on the plate. True, there is no shortage of enemies of the diet.

An international team of scientists took their side. After a large-scale study, gastroenterologists, nutritionists and cardiologists have called this principle of diet the most dangerous. Let’s look into the nuances.

Why did they start eating bacon to lose weight?

The keto diet was developed 100 years ago to treat childhood epilepsy. Before that, sick kids were forced to starve themselves, which reduced the number of seizures.

It turned out that seizures are directly related to nutrition. Normally, the body gets its energy from carbohydrates. But in a period of shortage, it seeks alternative ways and triggers ketosis, a process of breakdown of fat, which produces ketone bodies. Normally their concentration is low, but due to the lack of glucose it rises sharply. They have an anticonvulsant effect and reduce the excitability of neurons in the brain. The effect was noticeable already after 4-7 days.

After the advent of anti-seizure drugs, interest in a menu without sweets, cereal, milk, fruit and some vegetables like beets and potatoes waned. But in the mid-’90s, Hollywood director Jim Abrahams brought it to the spotlight again. His son suffered from seizures, and a diet rich in fats helped reduce seizures and nervousness. Then the creator of “Hot Heads” and “The Naked Gun” founded the Epileptic Relief Foundation and released a documentary, “An Introduction to the Ketogenic Diet.” Families who started it noticed that, despite the abundance of caloric foods, the excess weight in children began to go away. This is how the steak menu found its place in dietetics.

What is the keto diet? How does it work?

The keto diet is based on eating only proteins and fats, where the former make up 1/3 of the diet and the latter 2/3. Carbohydrates are completely eliminated. Allowed only the use of green leafy vegetables with a low glycemic index in an amount not exceeding 20-50 grams per day (meaning not the weight of the vegetables, but the amount of carbohydrates in them). In addition, to prevent constipation in the absence of dietary fiber allowed to add a little powdered dietary fiber.

The main purpose of such a dietary system is to start the process of ketosis – the breakdown of lipids from the fat layer and using them as the main source of energy.

When a person switches to the keto diet the following happens approximately:

With a standard diet, the body draws energy mainly from carbohydrates. Part of the glucose obtained from them is spent on human life support, the rest is stored in glycogen depots, and when they are full, it goes into fat accumulation.

However, it should be taken into account that during the keto diet you should still stick to a certain caloric content of food, since the main condition for weight loss is a caloric deficit. If you consume protein and lipids at 3000 kcal per day, and spend only 2000 kcal, then the rest will still go into fat and overweight. You can’t cheat your body here.

Peculiarities of the keto diet

The following foods are allowed on the keto diet:

The following foods are prohibited on the keto diet:

Why the keto diet has been blacklisted

After carbohydrates were recognized as the main enemy of a beautiful figure and Sharon Stone, the Kardashian sisters, Halle Berry and other celebrities abandoned them, “keto” also became a star. However, doctors noticed that patients following such a diet complained of the same things: nausea, weakness, dizziness, constipation. After research, it turned out that a menu in which only one apple a day is allowed out of sweets can seriously undermine health.

– After just three months, the level of “bad” cholesterol in the blood increases by 35% – proved Dr. Wesley Kephart from the University of Wisconsin, USA;

– The amount of cortisol, which is the stress hormone, increases. This means that for those who have cardiovascular diseases, the risk of dying from their exacerbation increases ninefold,” says biologist Nicole Vogelzang of the Netherlands;

– Because of excess fats and proteins, kidney function deteriorates and the body has more difficulty eliminating processed products,” concluded Wajid Masood, an internist and medical director at the North Carolina Health Center in the United States;

– C-reactive protein (CRP) levels in the blood increase by 25 percent, which means the number of inflammation in the body increases. That means there’s an increased risk of cancer, heart disease, and age-related degenerative brain dysfunctions like Parkinson’s and Alzheimer’s, according to Dr. Rankin of the American College of Sports Medicine.

– The body is stressed and stressed, and life expectancy is drastically reduced. If we leave only 20% of carbohydrates in the diet, the risk of death increases by 60%. At the other extreme – increasing them to 90% – the risk of dying would increase by only 15%,” calculated geneticist, cardiologist and nutritionist Sarah Bamford Seidelman of Harvard Medical School, studying data on the diet and life expectancy of 15,000 people over the past 25 years.

The most balanced diets according to doctors

– Flexitarian Diet (a flexible vegetarian menu with no meat as much as possible). 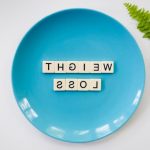 Fasting: how a 16-hour fast can help you lose weight in record time 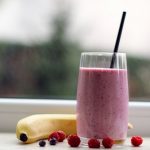 35 Weight Loss Smoothies That’ll Help You To Be Slim