Skip to content
Contents hide
1 What is vitamin E?
2 When was vitamin E discovered?
3 Where does vitamin E, which is used in cosmetics, come from?
4 How does it work and what are its benefits for the skin?
5 What are some myths about vitamin E?
6 How does vitamin E get labeled on packages?
7 Is there an “expensive” and a “budget” vitamin E?
8 What are the best ingredients not to combine vitamin E with?
8.1 Related posts:

Vitamin E is such a popular cosmetic ingredient that it’s probably on your bathroom shelf. But most of us don’t know much about it except its name.We asked a few cosmetic doctors why it is so popular and what effects it has to offer.

What is vitamin E?

In cosmetology, vitamin E is a group of similar substances – tocopherols. Vitamin E has antioxidant properties: it destroys aggressive oxygen molecules (free radicals) before they can damage cells.

When was vitamin E discovered?

Vitamin E was isolated in 1922 by Herbert Evans and Catherine Scott Bishop. In the 1930s α-tocopherol (a form of vitamin E) was discovered and its chemical structure and biological function were described. At the same time they learned to synthesize it.In the 1940s, scientists proved that vitamin E protects against oxidation.

Where does vitamin E, which is used in cosmetics, come from?

It’s a natural antioxidant mined from vegetable oils. Originally it was extracted from wheat germ oil, but now most of the natural vitamin E is extracted from soy or sunflower oils.The resulting liquid has the consistency of a thick and viscous oil with a golden to red-brown hue.

How does it work and what are its benefits for the skin?

Vitamin E has a wide range of health benefits. In addition to preventing oxidation, it retains moisture in the stratum corneum of the epidermis. It also promotes cell renewal and helps fight inflammation. Vitamin E helps repair damage caused by UV rays and visibly smoothes out skin texture. It passes easily through the stratum corneum of the epidermis and causes no irritation even in high concentrations. Tocopherols in general are generally well tolerated.

Another important thing to keep in mind is that vitamin E has an effect not only on the skin, but also on other ingredients in cosmetic products: it protects the composition of the product from oxygen, so it does not spoil for a long time.

What are some myths about vitamin E?

Myths about vitamin E have been floating around since its discovery in 1922. Pretty quickly science discovered that rats could not reproduce without it. Over the next ten years, the legend emerged from somewhere that vitamin E could cure sexual dysfunction. In fact, the myth stemmed from the etymology of the word “tocopherol”: from the Greek it translates as “to produce children” or, more simply, “fertility oil.”Over time, of course, it dissipated, and mankind became aware of the real beneficial properties of vitamin E.

How does vitamin E get labeled on packages?

In addition to tocopherol (pure vitamin E), its esters are used in cosmetology. These include:

Is there an “expensive” and a “budget” vitamin E?

The purity (concentration) of the vitamin is important. Encapsulated vitamin E, of course, is much more expensive.

What are the best ingredients not to combine vitamin E with?

Vitamin E belongs to the class of fat-soluble, and it is very heat-stable. Only powerful oxidants and ultraviolet radiation can destroy it. 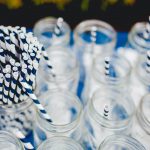 how much water should i drink a day