Skip to content
Contents hide
1 What is urea
2 Why is urea used in cosmetics
3 What is the function of urea
4 What concentration of urea is used and what is the difference
5 What is the role of urea in body cosmetics
6 How long does a cream with urea keep?
6.1 Related posts:

More and more often on the packages of products appear inscriptions stating that the cream contains urea. The name seems to be simple – much easier than hyaluronic acid or allantoin, and we have heard of it often: at least we have seen it in the results of blood tests. But what is the role of urea in cosmetics and how is it produced? Can it be used on dry skin and in what cosmetics should one look for this ingredient?

The component was originally discovered in urine several centuries ago, but it itself has no acrid odor. Urea crystals resemble sea salt, itself present in our bodies and is a natural moisturizer that makes the skin soft. Urea can be obtained synthetically (and not from urine) – then it is called “urea”: it is used in cosmetics.

Urea is the result of the synthesis of carbon monoxide and ammonia. In terms of biology and chemistry, urea is the end product of protein breakdown, which is excreted from the human body and mammals.

Why is urea used in cosmetics

In cosmetics, urea is used widely enough, and this is due to its unique composition. It is its sufficient or insufficient amount affects how your skin will look. If for any reason urea levels are low (often due to age, illness, physiological or climatic factors), the skin will develop microcracks, flakes and other imperfections.

What is the function of urea

Urea is a natural, essential moisturizer that is not only suitable for humans, but is a natural constituent of the human body. It is able to draw moisture from deep layers of the skin and move it closer to the top layer of the epidermis. As a result, the appearance is improved.

The high hygroscopicity of this component is able to bind water molecules together, which prevents the evaporation of moisture from the surface of the epidermis. Urea also exfoliates keratinized cells, which promotes skin regeneration and healing.

What concentration of urea is used and what is the difference

There are many products where the concentration of urea ranges from 1% to 50% – depending on the intended use of the product. You should choose the percentage according to your skin type and where you use the product. Too much or too little will result in irritation or no effect. It is best to choose such cosmetics among the drugstore products.

With caution, use products with urea for facial care. Open wounds on the face, bleeding cuts, blackheads, acne, purulent skin rashes – all are absolute contraindications. For very dry facial skin, choose a concentration of no more than 10%. For the type prone to mild occasional peeling, it is better to choose below 5%. One percent urea cream is suitable for universal use.

What is the role of urea in body cosmetics

The most justified use of urea in body care products for the body and legs in particular.

SVR has a range of products with Urea concentrations from 10% to 50%, depending on the intended use. It is based on the technological patent “pure urea”. It combines five components: 10-50% urea proper, 1-2% serine protease, serine and histidine and 5% glycerol.

Your daily body care regimen should only require milk with a ten percent concentration of urea. And if you have ingrown hair after epilation, a treatment with a concentration of 30% is just right. It’ll fix the problem quickly and leave your skin looking velvety smooth in just a few days. If you plan to use the product on your feet, feel free to choose 30% concentration or more.

How long does a cream with urea keep?

The only nuance I would like to draw your attention to – urea is prone to crystallization. So after you have opened the cream, in about a month the ingredient may start to crystallize. There is nothing wrong with this: the product is not spoiled, and you can easily use it. 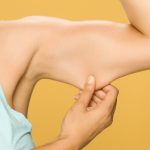 How to Tighten sagging skin? 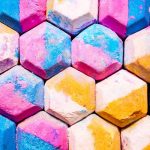 How to Make a Bath Bomb Yourself? 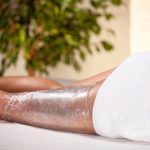