Skip to content
Contents hide
1 Mewing Before and After
2 How does mewing work?
2.1 Related posts:

Special exercises promise to change the line of the jaw and pump up the cheekbones.

On YouTube, a treasure trove of various training videos, there’s a trend called mewing. In the videos guys and girls show how to use the exercises – very difficult, by the way – you can change the shape of the face and pump up the cheekbones. The teachers’ before-and-after photos look so different that it looks like they may have been injected with lipolytics — in case you didn’t know, they’re used to break down fat in certain areas, including your cheeks. But those involved in the process say it’s all about their diligence and constant training.

Although the name somewhat resembles the English word for “meowing,” meowing has nothing to do with cats. The most important thing is the correct position of the tongue. You need to press your tongue to the palate and repeat it in cycles of several times. Like push-ups or squats. Elisha Long suggests smiling hard beforehand, saying the English word king through your teeth, and pressing your tongue to the top of your mouth on the last sound. Honestly, it’s hard to describe it in words. It’s about as difficult as repeating it without a gag reflex, so we recommend just hitting “play” right away and watching.

This technique was disseminated by orthodontist Mike Mew – from his last name came the name. The doctor himself says that he did not invent it, but just let it go to the masses. Now the method has many followers – Elisha Long, Astro Skye, Joey Saves. More importantly, the visual changes are more of a nice bonus. First of all, such training helps to restore breathing through the nose, if there are disorders, and to normalize the bite. But don’t be too happy about it – it will take a while before you see the results. Sometimes it takes a year for any changes to become noticeable. So be patient.

Mewing Before and After

According to Dr. Mew, if you press your tongue against your palate, your jaw muscles automatically tense. These are very important guys who are responsible for shaping the outline of the lower face. So, for example, if you “mew” for a long time, over time the chin will move forward, the cheekbones will outline, and the border of the lower jaw will become sharper. Do a little experiment right now: stand in front of a mirror and press your tongue to your palate. You will immediately feel a strong tension in the lower part of the face, which, according to fans of the method, goes away in a few days. But how much the facial features change.

Not only does this method have obvious benefits for appearance, Dr. Mew recommends his technique also for those with breathing or dental problems. For example, he says, training the facial muscles allows the jaw to expand slightly, making room for the teeth to grow properly and evenly, which helps chew food more thoroughly.

How does mewing work?

Usually when a technique comes along, it’s hard to see with your own eyes from other people’s examples whether it works or not. Many people claim that the method works, and they see significant changes in themselves, but to an outside observer they are almost imperceptible.

But in the case of mewing, surprisingly, this is not the case. There is a whole cohort of bloggers on YouTube who call themselves fans of Dr. Mew’s method and devote entire series of videos to it. You can see how well his technique works by sorting the videos by the date they were uploaded, from the oldest to the most recent.

Here, for example, is AstroSky, a blogger who is one of the ardent supporters of mewing. When he began channeling, he was a simple young man with an elongated face and rather unremarkable facial features. At 16, he learned about Dr. Mew’s method, and decided to try it – but not to make his cheekbones and jaw more outlined. The boy was very bothered by the habit of breathing through his mouth instead of his nose. And to keep it closed at all times, AstroSky started mewing.

Now he is 22 years old, and the result is evident. The guy has got a masculine strong-willed chin, sharp cheekbones, and all facial features have become more distinct. Acquaintances, the blogger admits, refuse to believe that just a tongue pressed to the palate could have done it. They claim that the young man just lost weight, although in fact his weight or height had not changed. AstroSky is now a true mewing adept and makes videos about it on his channel. 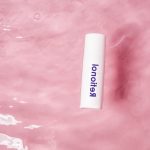 Retinol for Your face: full instructions and the best creams with it 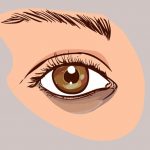 14 Best Ways how to get rid of dark circles