Translated from Sanskrit, yoga means “unity”, “connection”, it is a set of different spiritual and physical practices to achieve harmony and tranquility. Although it was originally adopted by the Western world more as a set of physical exercises, adepts are encouraged to see it as a holistic philosophical teaching rather than just a form of fitness. For anyone who wants to choose the direction of yoga to their liking, we have compiled this guide together with renowned instructors.

The most popular types of yoga:

Hatha Yoga in Sanskrit means “strength,” and the word itself consists of two parts: “ha” translates as “sun” and “tha” as “moon. In hatha yoga, the main emphasis is on strengthening the physical capacity of the body in order to prepare it for spiritual practices: the greater control over your material shell, the easier to achieve mental maturity.

The main principles of hatha yoga are the performance of static postures (asanas), breathing practices (pranayam), meditation and control of energy flows, or kundalini (kriya). Ideally, it is worth doing at least 15-20 minutes every day: sometimes a single restorative pose is enough to help restart your nervous system. We don’t advise to try to do it perfectly at first – start with short simple movements and breathing practice.

What is Hatha Yoga good for:

Kundalini Yoga is a very dynamic class which include a lot of chanting, breath work, and mindfulness exercises. At the beginning of each class, the instructor sets a certain theme that runs through all the asanas, breathing practices and meditations.

Main advantage of kundalini is that it helps to gain confidence and to make friends with other people. At classes it is possible to meet people of any build, sex and trade: there come men and women from 10 to 85 years old, dressed how they feel comfortable, whether it is tight leggings or a free tracksuit. The problem of body perception in today’s society is still quite acute, but the Kundalini experience shows that our appearance does not really matter.

Restorative yoga is based on a set of techniques for treating people with chronic conditions. But such classes will also be useful for those who are not experiencing health problems. They are believed to help calm the mind.

Why Do Restorative Yoga

The primary goal of restorative yoga is to calm the nervous system. Usually, the workout lasts no more than an hour and is designed to perform only four asanas, the effect of which is reinforced through meditations. A relaxed, moderate rhythm of practice is important – preferably in a room with subdued lighting and a maximum calming atmosphere.

Restorative yoga is ideal for those who want to learn to hear themselves and achieve complete harmony on all levels of consciousness. It will take time to switch gears and get rid of chronic stress, but at some point a sense of calm will become your new normal – an amazing feeling.

Unless you have any special medical contraindications, yoga during pregnancy is absolutely safe. Classes are aimed primarily at developing physical strength, but also help you connect with your baby and your own body.

Pregnancy classes are designed to be enjoyed by girls of all ages while still benefiting from each asana. In addition, you practice in a group of girls who are in the same position as you are, this creates a sense of community.

Ashtanga yoga is a sequential combination of six groups of asanas – from simple, in a standing position, to more complex, which are performed seated. The main format of Ashtanga yoga practice is called maisor – in this version, students perform quite dynamic individual exercises under the supervision of a trainer. The founder of this movement, based on ancient philosophical texts, was Pattabhi Jois, who led his own school in India.

Iyengar Yoga is Ta type of yoga where the main aim of the practice is to get the ideal position of the body during the exercises, that is why every class is dedicated to one position only and to several similar ones. In the pursuit of an ideal stance will help different devices, which are used as a support for the body. Despite the seeming complexity, students with any level of training can begin Aiyengar yoga. This direction is suitable for perfectionists who like to delve into the subtleties of asanas in a measured way.

Yoga Nidra is a type of yoga which is ideal for those who have trouble sleeping and are regularly stressed because it naturally calms the nervous system. Translated from Sanskrit, the term means “yogi sleep,” describing the state of consciousness between sleep and wakefulness. The practice begins with active asanas, which help you work with your body as much as possible while maintaining maximum awareness, and ends with relaxing postures.

Vinyasa Flow Yoga is one of the broadest trends in yoga, which includes a series of asanas from hatha. Essentially, vinyasa is a set of bindings between asanas that include proper breathing, sometimes dynamic.

What is Vinyasa Yoga Good For

Vinyasa is good for:

Ansura Yoga is a type of yoga which is based on key asanas from hatha and the ayengara approach. The philosophical component of each movement is very important in it: the very name “Anusara Yoga” translates as “Yoga of the heart”. It teaches an understanding of the divine nature of our bodies and implies a very smooth and graceful performance of asanas. Suitable for those who want to strengthen their physical strength and find harmony at the same time.

Forrest yoga is a movement founded by Anne Forrest includes many asanas, which are performed in standing position and aim at strengthening physical strength with the accent on the abdominal muscles. Great attention is also paid to deep breathing. Forrest yoga is said to be able to get rid of emotional blocks and thus cure physical ailments as well.

Yin yoga is a passive practice with low muscle strain, but that doesn’t mean it’s any less beneficial. It works the connective tissues between the joints and is great for helping after a long day at the computer or an hours-long flight. It usually includes several asanas that are held for a few – one to five – minutes with the help of pillows and blocks.

Rocket yoga is a mix of ashtanga and vinyasa-flow practices with an emphasis on developing strength and endurance – to that end, the practice has several variations of handstands, back exercises and asanas that require good stretching of the hip joints. It is recommended for people with a good level of fitness: if you are far away not only from yoga, but from sports in general, you may find it difficult.

Jivamukti yoga is a method, founded by David Lyfe and Sharon Gannon in 1984 in New York City, took a lot from vinyasa and ashtanga. Each Jivamukti Yoga class has a specific theme with reference to Indian philosophical texts, which assure that the path to enlightenment is achieved through compassion for all living beings. Chanting, meditation, breathing practices and the reading of sacred texts are key components of jivamukti, and are taken as seriously as the performance of asanas. It is believed that this yoga discipline allows one to achieve harmony of body, mind and soul. 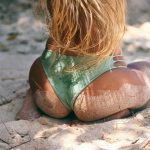